Our sixth grade had a new dragster speed record this week. The previous record was around 6 feet per speed. This year we had a student, Evrett, who achieved a time of 1.3 seconds on a 10 foot course, which comes out to 7.63 feet per second. Evrett build a gear chain of a small, medium, and large gear. He improved a previous design that used 2 gears. The car was well built, stable, solid, and steered straight. Here are some photos of Evrett and his the prototype. I did change the rules slightly allowing the cars to get up to speed before starting across the line. 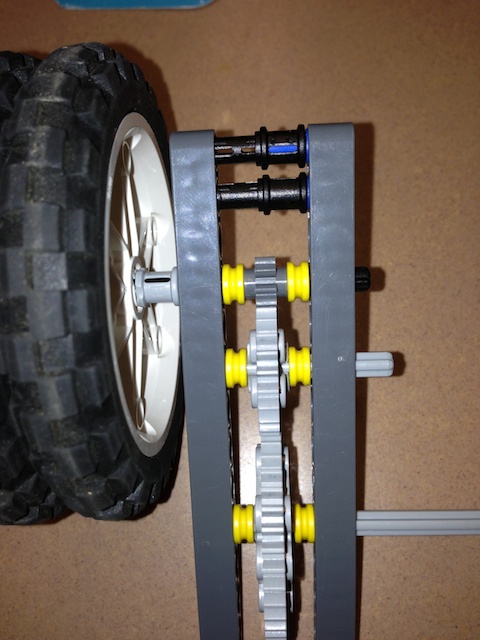 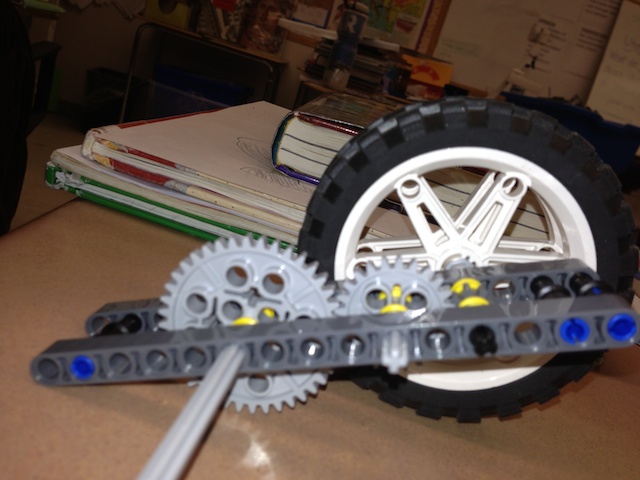 This entry was posted in Robotics. Bookmark the permalink.