Little Bear keeps growing and growing. He is still a rascal but cute
as ever. 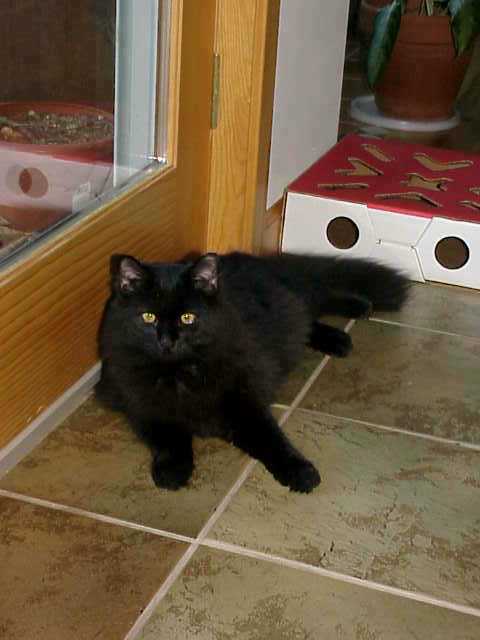 Little Bear has been growing up quickly (at least in terms of size.)
He has some interesting new hobbies. One is chasing balls of paper. When
he hears the sounds of paper being scrunched up, he gets excited and tries
to jump up and get it out of your hand. He loves to chase them. He will
fetch them about 50% of the time. For some reason, he will also put them
in wastebaskets. That is good because another one of his new hobbies is
dumping over wastebaskets and playing with all the contents. 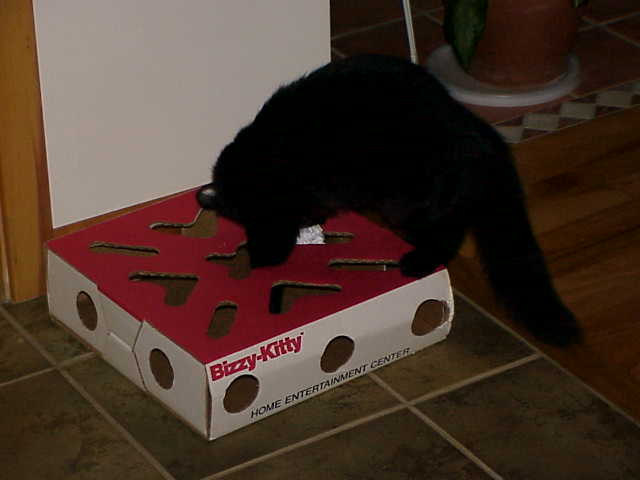 In these two pictures, Little Bear is getting a paper ball out of his
Bizzy-Kitty. 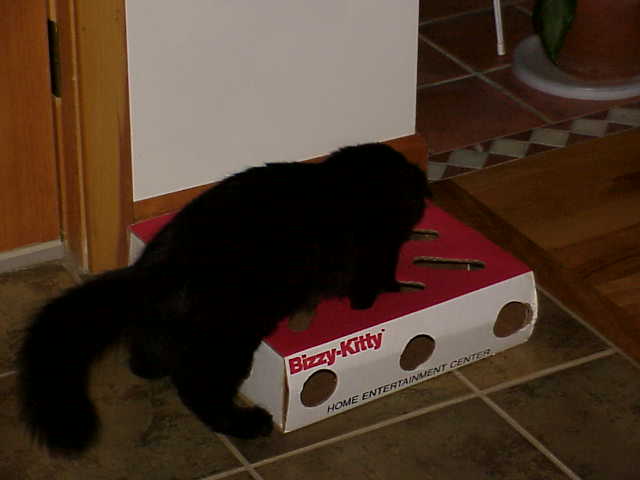 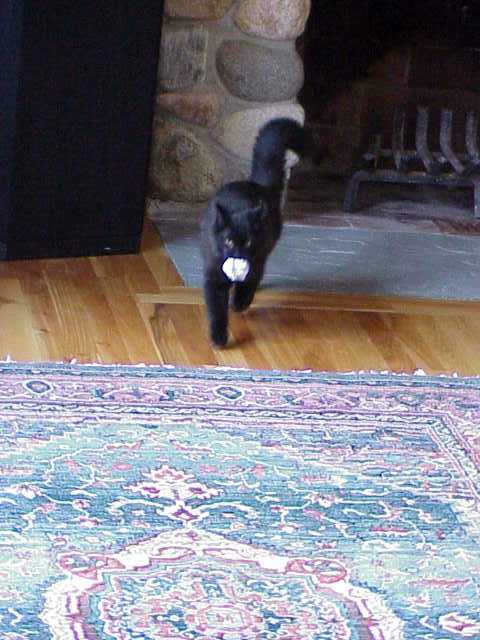 Little Bear fetching a paper ball after I threw it.

Little Bear has also become fascinated by the toilet. He comes running
over when you flush it and he watches the flushing process with great
interest. 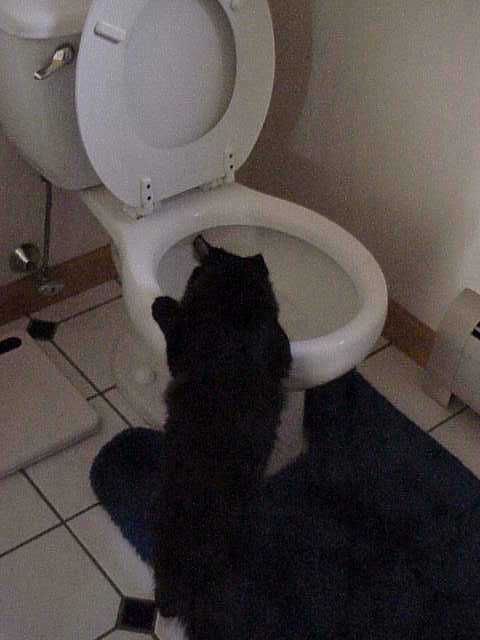 We could not get a picture of Little Bear’s other new hobby which is
helping us work when we are on the computer. He likes to watch the cursor
move and he tries to catch it by swatting at the screen. This can make
working somewhat difficult!

Here is a picture of Little Bear in his favorite spot to bounce on unsuspecting
by passers. 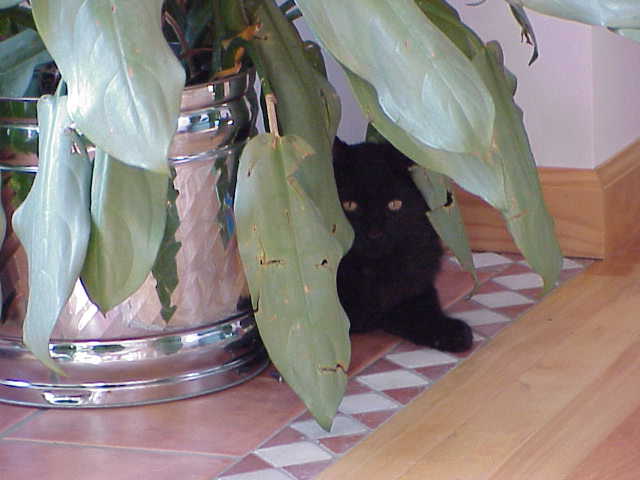 Amara is still sleek and cool and above it all. 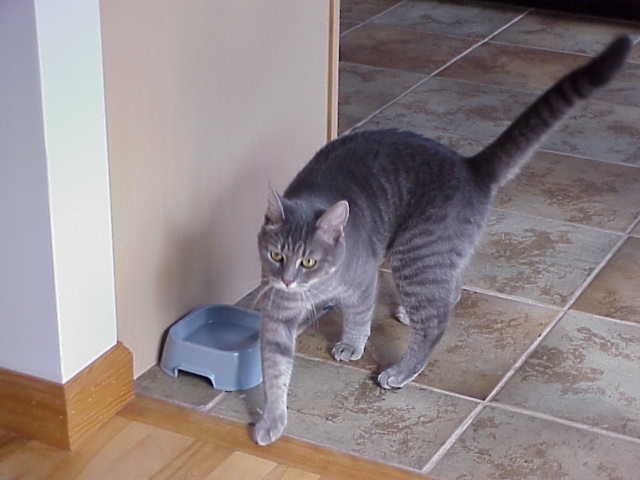 Dawn and I have two cats. Little Bear is a kitten. He is fearless, cuddly,
and very playful. He likes to play, sleep, and do sneak attacks on Amara,
our other cat. In this photo, Little Bear is taking a respite from harassing
Amara. 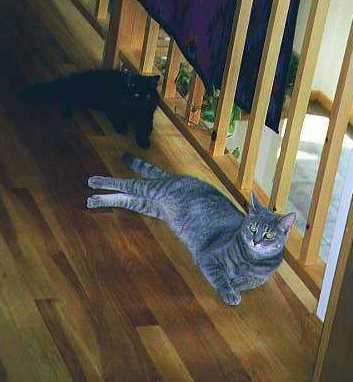 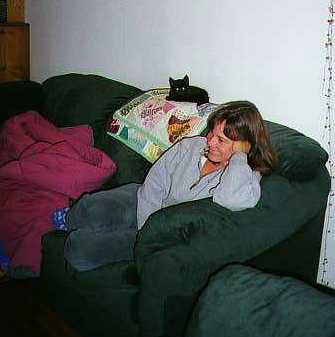